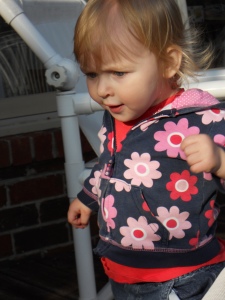 Most people develop a sort of amnesia about the events of their early childhood. Before the age of 4, most people’s memory is spotty at best. According to research, the events that stick best in the memory are ones where a parent helps the child shape events into a meaningful story. That insight is the key to approaching the early childhood memories of an interview subject.

Discussing a person’s early years involves a certain amount of facts and dates. Once you pass the preliminary information, try asking about the stories that parents and friends told about when the subject was little. Parents tend to have a number of stories about when their children were little and often repeat them. These are the stories that anchor the details a person will remember from their childhood.

As your subject recalls a story told about them, listen for interesting details about people and places that you can ask about in a follow-up question.

What are your favorite questions and techniques for interviewing people about their childhood memories? Leave a comment below and share. 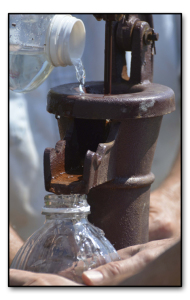 When you conduct a Reel Histories™ interview you have a tremendous amount of influence over the responses you get from the people you talk with. One tool you can use to shape the interview process is called psychological priming.

The best way to explain psychological priming is to give you an example. In his book, Predictably Irrational, Dan Ariely describes an experiment where a group of researches asked a group of people to work out a set of word scramble puzzles. Some were given words that are associated with being elderly (like ‘bingo’, ‘ancient’, and ‘Florida’.) When they finished, the subjects left the building – and that is when the real experiment began. The researchers were actually interested in timing how long it took for people to exit the building. The people whose minds were primed with ‘elderly’ words walked significantly slower than the control group. All the subjects in the study were New York University graduate students, but the priming had a marked effect on the next thing they did.

As a verb, the word prime means ‘to prepare’. That is what psychological priming does, it prepares the mind to respond in a certain way.

Sounds interesting, but how can you use it in real life?

Next time you conduct an interview, try this approach. Ask your interview subject to think of three words that describe their childhood. When they think of the words, ask them to talk a bit about why they chose each word. Then, begin asking the typical childhood questions you would normally ask in an interview.

The chances are their recollections will be shaped by the words they chose. They may even go into details about how each thing they remember fits into the larger themes they identified. If things go really well, they will start to connect the events of their childhood together in a meaningful way that relates to how they perceived their childhood experience.

Another way you can use psychological priming is to suggest emotions when asking a question. Instead of saying “where were you when JFK was shot” you can start by describing some of the reactions that other people had when they learned that JFK had been shot. Then ask the question. Chances are you will get a more vivid, nuanced, and emotional response after priming the subject.

Do you have a favorite technique to psychologically prime an interview subject? Leave a comment below and describe what you do. If you decide to try it on your next interview, leave a comment and share how it worked for you.